Charitable or non-commercial groups in the Wanborough area can promote their organisation and events through this site. Simply send details to info@wanborough.info

The whole of the Christian story is built on a Cornerstone of hospitality and welcome. Where care is called to be more important than being right. It’s precisely why God the Son came to pay for our misdemeanour's. This was God’s way of demonstrating that caring for each and every one of us is so much more important than being right. That in God’s eyes, everyone has the opportunity to measure up. Very importantly it is God and God alone Who does the measuring. As soon as we start measuring another, we are setting ourselves up to be measured at least as severely.

Interesting to note that it was a school teenager that had a significant hand in determining just how many guns were fitted to the Spitfire during the Second World War. If she hadn’t, the Battle of Britain would have had an entirely different outcome. The runt of a litter called Joseph got a technicolour dream coat and went on to save his father's people from starvation. A shepherd boy called David went on to be one of Israel’s greatest Kings and time and time again God’s choices have confounded human wisdom.

The thing is, God loves us despite our natural flair for getting things wrong. And this is exactly how we too are called to live. Loving each other despite our natural flair for getting things wrong. Loving especially, those we struggle with. Strange behaviour happens in strange times and I don’t think that many will dispute that there have never been times as strange as these. It was not unusual for parents of children in Paediatric Intensive Care Units to be the most polite, gentle people on the planet, until their child started to get better!!!

Suddenly and without warning, we would be hit by a barrage of bad language and inadequate behaviour. It was as if their internal safety valve was letting off steam. We read that domestic violence is on the increase and a third of victims are men. Perhaps remembering that care is more important than being right might help us all when we are feeling a little less than ourselves.

At the start of lockdown, and with the ban on hairdressers, I opened a competition to clergy. Winners would be chosen for the nearest Old Testament Prophet Lookalike and for the vicar that looks as though they should have been in the Orthodox Church in the first place. It might be fun to see pictures of some of our Lockdown haircuts in our magazines. Stay safe.

With best wishes and prayers

If you have anything that you would like our village prayer group to pray for please telephone 790088 or
email :villageprayers@gmail.com 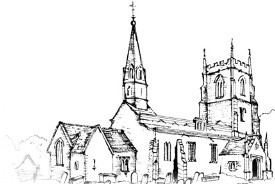 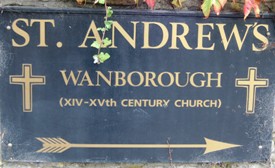